PlayStation launch the PSP Store in the UK

Just in case you don't have a PSP and Sony doesn't have your email; here's the rather pretty email they sent out to announce the launch of the PSP Store. 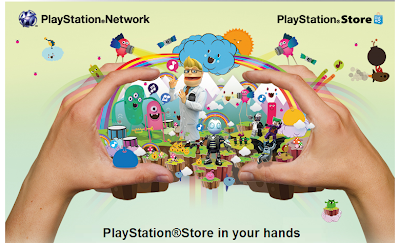 A PSP Store is such a good idea. One day... maybe... someone will write an application that will get me to use my PSP again.

You'd think I'd make heavy use of my PSP (fat). I don't! Rather than being the best of both words (travel and gaming) it manages to be the worst of both. My original PSP is just too big to be an easy and light weight addition to my travel bag. There have been some fun games but just nothing killer.
Labels: gadgets in game mobile social