Would anyone buy Yahoo? There are a lot of good reasons to do so:An Associated Press article on Forbes caught my attention and discussed this very idea.

There's a catch. Although Yahoo is a good target it is an unlikely target due to its size. Yahoo has a market cap of nearly $40 billion so if you add a mere 20% premium to that then you'd need $48 billion to buy the internet giant. That would be a record breaking buy out.

Mastin also worries that any departure which resulted in the stock incentive to staff being rescinded would trigger a staff exodus. Eh? That's happened already.

I like to float the idea of Microsoft buying Yahoo. It does put a theoretical challenger to Google up for an interesting twist. The truth is that that's very unlikely.

Remember how Yahoo looked when it was young? $48 billion for ... 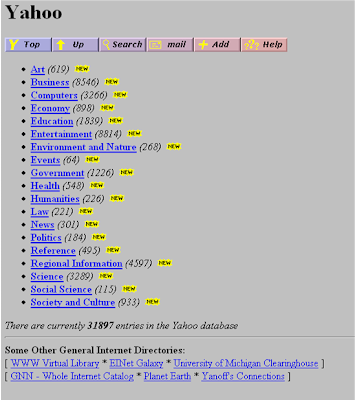