I spent a little bit of the weekend on the BBC’s iPlayer catching up with Pyschoville (but I’m still behind so no spoilers!) in the second episode we catch sight of the side of Mr Jolly’s van. For the background; Mr Jolly is apparently arch rival to the rather sinister Mr Jelly.

So it was Mr Jolly’s site I checked out first – just by typing in the domain.

I couldn’t but help notice the AdWords like ad. Clever. It does look to me that the BBC designers think comparison engines dominate these things as we’ve a spoof ad for clown comparison engine ala "Clowns Compare Prices".

Clicking on Mr Jelly’s ad takes us to the disturbed clown’s site! Both sites do have links to BBC disclaimers, though. 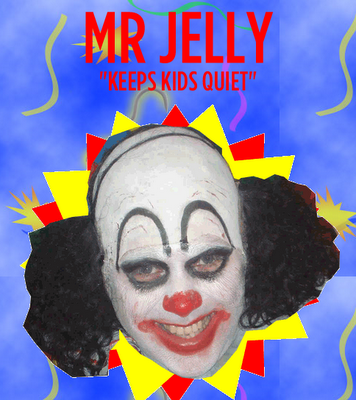