This is just a quickie blog post. An archive. An illustration to go back and use later.

AOL seems to be struggling with getting their AdWords campaign running. I actually like the ad side of AOL. Advertising.com is a significant force. I've no reason to bash them. In fact, with all the content AOL pushes out, combined with their display network you might well expect them to launch an RSS advertising option of their own. If they did that I'd be in the queue to test it out.

For now, however, AOL is advertising via AdSense in RSS. The banner below appeared in my TechCrunch subscription. You'll tell straight away what's wrong with it.

It's the wrong size. 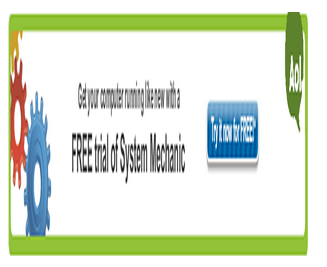 The banner is also supposed to be an ad for their PC system speed software. I've often found that an odd choice for AOL to be promoting and sometimes find myself wondering what else the software does.

Does the advert actually point to this free system check? No. Not for me. I get redirected to Aol.co.uk. I'm sure AOL.co.uk enjoy the traffic but the AOL.com team could geo-target their ads.
Labels: aol display marketing rss