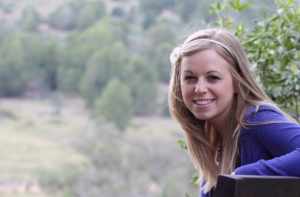 At one point, before I joined bigmouthmedia, I even ran an (unofficial) TradeDoubler group in the UK because I was annoyed the network wasn’t telling affiliates when new merchants joined up.

Needless to say, as a keen affiliate, I noticed when MediaCom Edinburgh appointed the highly regarded Fiona MacPherson from the Glasgow based Equator. So did the NMA as the move was covered there.

A little while ago Fiona Robertson (nee MacPherson) started working for bigmouthmedia. She's heading up our growing Affiliate and Performance channels. Frankly, it's a position I expect many people to be jealous of! It’s in the trade press today so I thought I’d blog about it today as well.

I really think that too many affiliate campaigns are badly run today. The affiliate networks have made great improvements. I think they’ve saved the reputation of the industry.

The next step, however, are affiliate campaigns that work wonderfully with Search, Social Media and Display campaigns.

I knew Fiona would do well in her new role when I saw her get annoyed at how badly a big brand was letting their affiliate program be mismanaged by a traditional agency. You see the same sort of reaction when a good SEO stumbles into a horror of an SEO campaign from an agency utterly incapable of the task.

You can follow Fiona on Twitter as @fi_robertson or bigmouthmedia’s own affiliate team as @bigmouth_aff. I encourage you to do so. Especially if you’re looking for top class insight.
Labels: affiliates bigmouthmedia