For a spot of mildly amusing benchmarking I thought it’ll be fun to keep track of the number of pages matching “nexus one”, “nexus two”, “nexus three”, “nexus four” and so forth in Google.

I expect there will be a blip around “Nexus Six” but Google’s introduced a product line with a predictable keyword evolution. 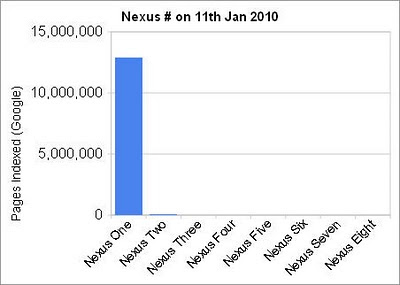 That chart isn’t very meaningful given the Nexus One’s domination. Let’s drop that and try again. 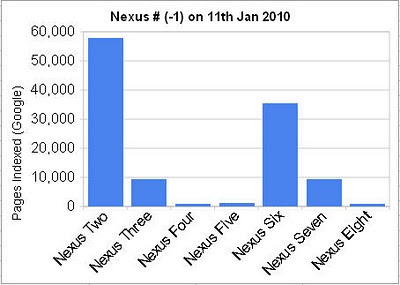 Right. Looks like the Nexus Four with a mere 906 pages indexed is the one to be aiming for. Phone’s likely to get up to number 4 and there aren’t that many pages out there.
Labels: google mobile mobile search