An idea for Sphinn: Something new 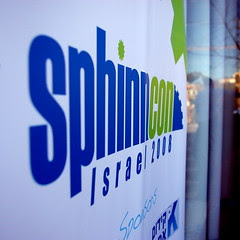 Image by BritishYosef via FlickrI'm all too aware that I don't make enough time for Sphinn. I wish I could love it more. The idea of a community/democratic search, social and affiliate news site is fantastic.

I saw its launch as a way of finding insights and brainy blog writers that I would never have otherwise found. Sadly, that's not what I get; what I get is the same Top 10 lists and SEO 101 repeated again and again.

Pete Wailes' recent discussion on whether Sphinn should become more like Techmeme made the hot list but also made clear that we weren't going to get that. I was also rather alarmed that people started blaming the community. I liked the idea I didn't support calling Sphinners stupid.

So why do the SEO 101 articles constantly make it to the hot list at Sphinn? The community rewards those submissions.

If I was to challenge a search veteran as to why they submitted something so basic as an SEO 101 article then, I think, they could justifiably say they wanted to share it with the community and were certain the community would want to see it. Sphinn would prove them right too; the submission would likely go hot.

That's the genesis of the 'something new' idea. Let's try and note whether the submitter is simply sharing something they think the mixed skill set at Sphinn will want to see - or whether they're submitting an article because *they personally* found it new and useful.

Here's the one-liner:
When you come to make any submission to Sphinn you can tick the box to indicate that you found something new in the article you're submitting. In other words you're not submitting a rehashed article that you think the Sphinn community wants to see.

I like the idea because it means Sphinners are investing a bit of their own personal reputation on their submissions. I think it would be (and should be) embarrassing for a search veteran to submit a SEO 101 article to Sphinn. I certainly wouldn't expect them to tick the 'something new' box.

In return I think posts flagged as 'something new' have a slight headstart towards the hot list. After all; you already have the reputation of the Sphinner and a signal from them that this is a particularly good submission.

What do you think? Crazy idea or cracking idea?