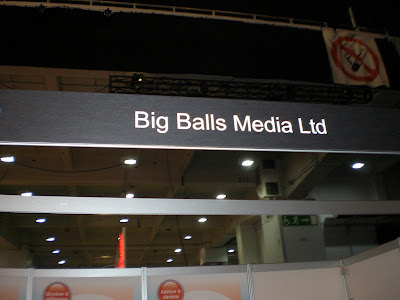 Well. I'm back from Technology for Marketing. It was busier than last year - much. 40% more people through the gates and since we just had a small corner of Earls Court it seemed even busier.

Normally, people would always ask first about search engine optimisation when they get to our stand but on the first day we had a lot of interest in affiliate marketing instead. Why? Although TFM was busier this year would say that 80% of the companies there were on the larger side of SME and were either looking to beef up their sales offering in anticipation of a tougher market (an economic down turn) or where actually doing very well and were looking to step up to the next level.

On the second day many of the questions focused on social media. This was partly due, I think, to my speach starting early. I was talking about Social Media in Europe and its pitfalls. The little conference area filled up 10 minutes before start time, the organisers didn't want to let any more people in and so I was urged to start. I'm sorry for the people who were turned away! I'll see whether or not I can upload the presentation.

I ended with a fairly risky (I thought) case study which explored some of the ethical issues around 'social media marketing' and how we've tried to navigate them to the best of our abilities.

... and on another note, there's the Big Balls Media discovery!

Elsewhere in Earls Court was Confex. Confex is an expo for 'event marketing' and it just so happened that one of the companies in attendance was called 'Big Balls Media'. How perfect is that?
Labels: bigmouthmedia events

Marcin Siekierski said…
Please do upload your presentation :-). We were there like quarter to and were not allowed in... that was a shame.
10:34 am