The Gadget Show and the invisible iPhones

I’ve been more internet quiet than usual this Easter break as I’ve been on a little trip down to Birmingham to see The Gadget Show Live.

One signal I got loud and clear was that there’s something up with the iPhone.

Caution first - this is just one show. A single example does not make a trend. That said; this is a fairly significant show and the iPhone news last year was very different.

This year the iPhone was nowhere to be seen. The iPad was everywhere. Booths sold it. People used it. I even saw one chap on a Facetime call with his kid - letting the kid see the wonders of The Gadget Show Live remotely. There were a few Android tablets but not the please-please-buy lines of them as was the case last year.

The iPhone itself didn’t really feature. We had mobile operators there who and their staff didn’t really seem bothered about the iPhone either - I don’t even recall seeing them on display (though I’m sure they were there). When it came to gadget phones then the buzz was all around high end Android phones. 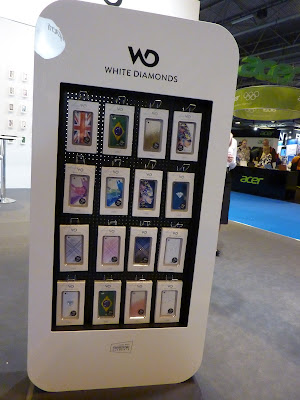 I did find one iPhone specialist stand. It was a place that sold bling encrusted iPhone cases. I think that sums up what the Gadget Show seemed to be suggesting has been happening to the iPhone. The device seems to be coming a dadPhone.

I can only speculate as to why this is the case - sure, I expect lots of rightly deserved tech attention around the next and best iPhone. I wonder, though, whether the longtail of older iPhone devices still in use is acting as a bit of weight on the brand now.

I suppose it’s also likely that the iPhone is now so ubiquitous that no one felt the need to spotlight it during the expo. That’s possible but wasn’t the impression I got.

The Gadget Show Live was interesting to digital marketers for other reasons too. For example, both Polaroid and Kodak made an appearance. I know how an almost ironic Instagram photograph of a Polaroid display and a photo of Kodak promoting the “Google cloud”.

The Telegraph, the newspaper people, also had a stand. The point of the stand was the promote technology and apps. That’s to say, the Telegraph booth reminded the techheads of the Gadget Show that the newspapers’ content was available electronically. This is certainly an interesting reflection on the twists and turns that the marketing of content has taken in recent years. 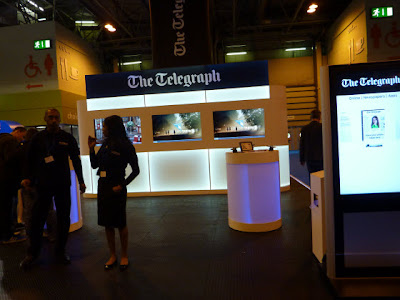