I thought it would be interesting to see how well Google Buzz has kept up with the buzz around SES London.

Twitter is being used a lot (despite weaker than ideal wifi) and there's a lovely widget showing correctly tagged tweets being projected on the wall.

Turns out Google Buzz's search option isn't the best way to see what's been said. The caveat I need to rollout here is that I've not had much chance to poke Buzz's search functionality. I've not attempted to peer into the algorithm yet.

The first thing to note is that Google Buzz's search does not do in-word phrase matches. Searching for #ses does not bring back buzzes for #ses1. 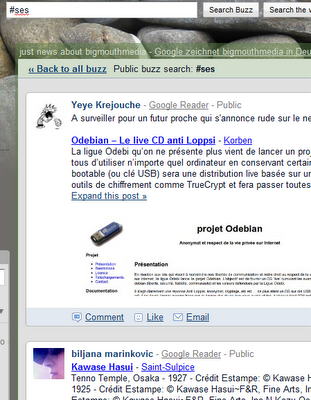 As it turns out (and as many people will say 'told you so') Google Buzz is a great way to find the lifestreams of people at the same event as you (ie; stalk). 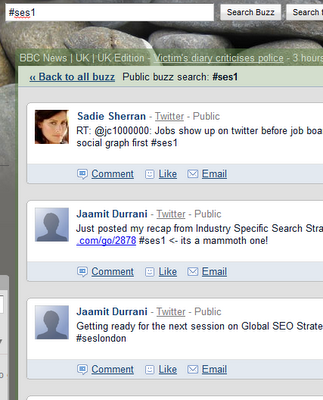 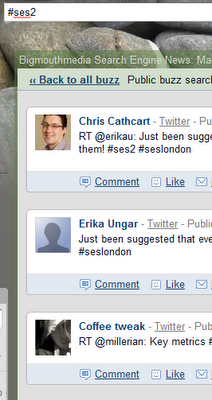 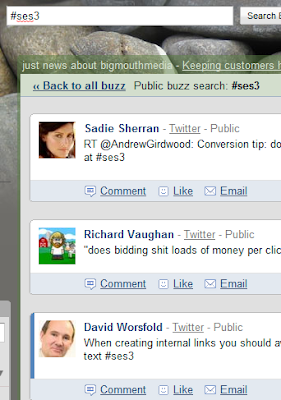 As it happens a new Google Buzz search engine called Buzzzy made the spot light today. It doesn't do very well here - and doesn't even find any of my flood of tweets. It is new, though. 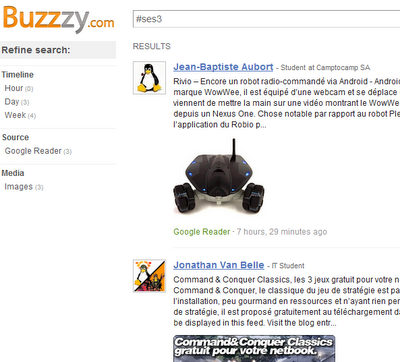 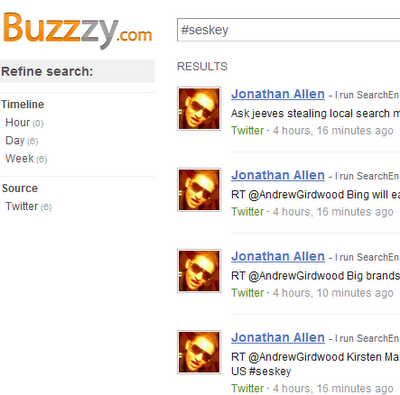