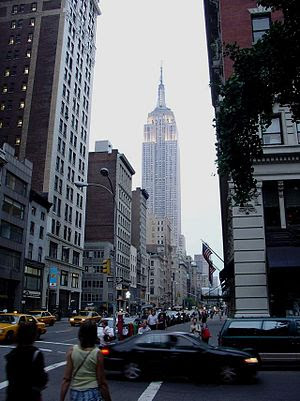 Image via WikipediaYou might have heard the name Empire Avenue in a conversation that also mentioned Klout and Peer Index. All three sites are interested in measuring your reputation.

Empire Avenue has a twist; it’s also a game. I quite like this twist because people try and game their Klout scores (in fact, does Klout encourage this by tying rewards to high Klout?) anyway so why not build that gaming into the system and work with it rather than against it. It also means Empire Avenue is having a much easier time monetising.

As it is a game, Empire Avenue needs to explain the rules. They don’t reveal the secrets to their influence algorithms – their systems for working out how much authority you have – but they share the flavour.

For example, today Foursquare has come online has a network that impacts your influence. Here’s what Empire Avenue said in their blog post;

As a result of this – I understand that I add value by adding tips and taking part. There’s no point in trying to become the mayor of a rival digital agency who’s HQ I’ve never actually visited.

Previous posts, I think, have shed light on how content and influence might influence rankings (or share value in Empire). Empire Avenue ask people to peer verify content in blog posts. In other words, before this blog was of any value to me in the Empire Avenue system some five other players had to put their personal endorsement of my content into the system. You would think this would be a pretty good way to defeat spam. But it’s not.

Unfortunately, the most abused of the connections has been blogs. Due to continued abuse we will be further reducing the value placed on RSS-based blog feeds and their effects on Share Prices, Dividends and Earnings. Expect further changes to the blog system, and how blogs are connected to Empire Avenue in the near future, such that decreased relevance of RSS Blog Feeds will have little impact on scores and share price.

Instead, Empire are turning to social signals as the truer way of judging whether a player has significance.

As part of that, we are expanding the scope of what we have previously defined as activity, and will even include bonus earnings for users who create significant engagement (such as being retweeted).

Google, of course, is able to look at a much wider picture than Empire Avenue and looks at very many signals. However, I think it’s telling that a company using algorithms to judge content and create a ranking order is telling us that even peer verified content is a poor signal and that it is far better to measure the worth of an asset by how well it does in terms of social signals.