Search and other digital agencies years ahead of traditional media buyers 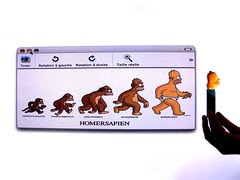 Image by PhOtOnQuAnTiQuE via FlickrI’m pretty confident that anyone and everyone subscribed to this blog is well versed in the media trinity of “paid, earned and owned”. Travel back in time to the growth of GoTo.com and Inktomi when Search Agencies started to combine PPC and SEO to create SEM and you had each of the paid, earned and owned aspects of media to deal with; you paid for clicks, you owned your site and you had to earn links.

As I read through the piece this “rethink” began to unwrap. First we had the sentence;

”The premise of paid media being paid-for inventory, earned – content and messaging created by consumers – and owned touchpoints owned by the brand, is gaining traction with marketers and agencies around the world.”

Then we had the reveal that;

”Initiative is not rejecting paid, earned and owned, but we are challenging the way it is being used.”

Ah. I see. Not so much a rethink then – just some advice. Okay. Let’s see what that is. The first rule, presented by Jeffrey Graham to the “marketing elite” at Cannes is summed up in this quote;

“He told delegates that 45% of the consumers that Initiative spoke to spent more time than ever considering products, and 43% wouldn't buy products if they could not find the right information online.”

Online. Wow. Your brand and products need to be visible online. Who would have thought it? Perhaps this digital malarkey is here to stay!

”The second rule was said to be "Reject global rules of thumb for paid, earned and owned". He said: "Paid, earned and owned assumes the world is flat, but there is no global consumer. Local insights have to be the foundation for your marketing strategy.”

Amazing!
There’s no global consumer. I think pretty much every SMX London conference in the history of SMX London has banged on about the importance of localisation rather than translation.
I actually struggle to imagine that even the traditional media agencies who create TV adverts that try and persuade us to Like a packet of crisps on Facebook still think there’s such a thing as a global consumer. I’ll say that and try not to think about the the number of badly dubbed TV adverts showing on UK TV right now.

If you can handle it; let’s go and have a look at the third rule that will help us agency types cope with the shocking new world of paid, earned and owned media. Ready for it?

"Create a virtuous cycle of involvement". He said: "Our research showed that the relationship between paid, earned and owned is not linear.

"The three types work together in a dynamic way and are most powerful when the consumer is truly involved, driving the relationship.”

Be interactive? Gosh. It’s almost as if there’s a “social” element to these paid, earned and owned media.

I want to be clear; I’m not slagging off any one speaker or agency here. Initiative’s Cannes presentation and Brand Republic’s decision to write it up simply brings some focus to the issue.

The issue is, of course, that there’s not only an incredible gap in size between digital agencies who have embraced the new world order and the hugely successful giant traditional agencies like IGP who rose so high during the previous marketing era – but there’s still an incredible difference in culture and thinking too.

This isn’t particularly good news for clients. “Modern way of thinking” agencies still aren’t best equipped to create large scale TV or radio campaigns and in the world of three or four screen strategies it is important to be able to have marketing excellence in each and every one of these areas.

There is still plenty of room for evolution in the marketing agency landscape. That’s a good thing because it’s still needed. Traditional agencies will have to catch up in the way that they think. Digital agencies, or new thinking agencies, will have to expand and extend their reach in order to operate in the areas their clients need them to be. I suspect the two tribes will meet in the middle.