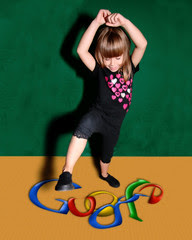 Image by Cayusa via FlickrHere’s a good article from The Register. It looks at the speech given by Google’s UK policy chief, Sarah Hunter (god daughter to former Lord Chancellor, Lord Irvine) to the Westminster Digital Forum last week.

The thing to keep in mind is that Google is trying hard to work with – and not against – ad agencies.
Sarah Hunter said;

"We've got to question the previous focus of Governments on the creative industries… they're not the only thing we've got,"

She went on to suggest, according to El Reg, that the word ‘creative’ was just a polite way of saying ‘content’. As ARHG readers know; content has many forms, including companies like Demand Media and AOL’s Seed.com. Are those creative? Or does Google just view them as a similar type of substance as art sites, newspapers, video hosting sites, etc.

Sarah Hunter wasn’t just having a rant at creative types though. She was at the Westminster Digital Forum to argue that UK retail was just (perhaps more) important. It’s just that the stats hadn’t been recorded.

Experienced SEOs will know this is a little backwards from the usual Googleview. Google often gives the impression that it believes users want to read and research (content) before buying (retail) online. In that argument, the authority content becomes before the commerce.

The Register also has some rather nice stats about the UK creative industry.

Kinda interesting to see El Reg place “games” alongside design and advertising in that one.