Head to Head: A Bing UK versus Google UK comparison 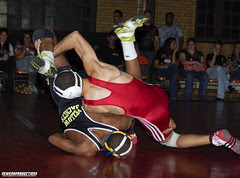 This is a straight forward head to head. For some time now Google UK has struggled with geo-targeting. Searches for common and garden UK terms have more frequently resulted in websites better suited to American, New Zealand and Australian audiences more frequently in the last half of the year than the first.

Now Microsoft has managed to shrug off rumours that Bing UK would be delayed and have whisked the beta tag off the search engine.

I took a random sample of 10 keywords and compared both engines to see which one did the best with geo-targeting. I’ve not selected the “from UK” radio button. In the past, on Google, you didn’t need to.


This makes Google UK the winner with a score of 83/100. Bing UK gets 77. It’s a close thing and, although defeated, Bing UK makes a strong debut.

The beard trimmer result, in particular, let Bing down. What happened here was that Bing’s intelligence kicked in and started to provide blended results for beard trimmer reviews and shopping options. Turns out there are far fewer UK sites reviewing beard trimmers and in Bing’s trusted reviewer database. The latter point is likely to be improved on by Bing over time.

Both engines clearly struggled with Kent – it’s in the US and in the UK. They did better with Birmingham. Search volume and user behaviour are likely to be the main reasons behind this; despite any protests from Google.