Does the Valentine's Day logo expose the geographic divides in Google? 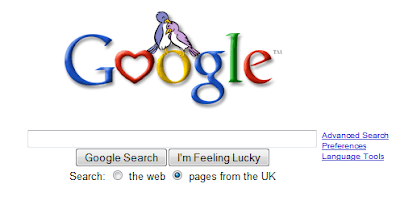 There seems to be neither rhyme nor reason to which international version of Google has a Valentine's Day logo on display today. Sweden does. Norway does not.

Who was different and did their very own Valentine's Day logo:

Disclaimer: This might be a timezone issue but there's still no pattern.

Update: Michael Gray points out that from inside the US you can see the 'Canadian' version. A cache refresh here in the UK/this laptop still doesn't reveal that to me but Joost de Valk reminds us that this link reveals all.
Labels: google